I wanted to make my breasts bigger, so I looked up how to feed them with food, but eating soy milk or dairy products doesn't make them bigger.

I want to know the foods that are effective for breastfeeding.

This article solves these problems.

Reliability of this article

The caretaker CIAN was originally small and gave up.

When she was 36 years old, she got excited and worked on bust-up, trial and error,

She wanted to get bigger quickly and drank soy milk and dairy products a lot,

(Instead, I was in trouble because my lower body, such as my buttocks, became bigger.)

So, when I changed the food to high-quality protein, the decollete became tense in a month and started to grow.

You had better quit once.

Instead of soy milk and dairy products, you can feel the changes in your body by taking high-quality protein.

Soy milk is counterproductive when it is cold or has poor lymphatic circulation.

When a person with a fat lower body and relatively little meat in the upper body tries to enlarge his chest,

You have to add fat to the decollete.

The person who says

Meat will be attached to the lower body such as the hips before the decollete.

That is, the uterus of a person with a fat lower body is originally cold.

The hormonal balance is not good from the beginning

To get more isoflavones, which are similar to female hormones, by drinking soy milk

It's out of balance.

✅ Japanese people have few enzymes that break down lactose and cannot digest it properly.

✅ Many dairy products are cold, such as milk and yogurt, so swelling should be aggravated.

Fat accumulates in the lower half of the body and makes you look fat.

I too did not get the milk-growing effect with soy milk and dairy products, which led to the worst result of getting fat in the lower body.tears

When I consulted with a Chinese medicine teacher, I was advised that I also have anemia, so if I take animal protein firmly and treat it from the ground up, I can bust up and treat anemia.

So, when I refrained from soy milk and dairy products and increased the amount of protein, I started to get meat firmly, mainly in décolletage.

At the same time, I was taking measures such as squats to remove the swelling of the lower body, so the lower body was also refreshed. 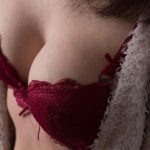 Then, what kind of food and how much should you eat to make your breasts bigger?

What food do you want to add to your decollete or bust?

What foods do people who couldn't bust up with soy milk or dairy products put up on their decollete or bust?

There is a good reason why eating meat makes your breasts bigger.

This is because "the protein of meat regulates female hormones".

For those who are originally hormonally disturbed,

It is more important to have stable female hormones secreted.

By taking high-quality protein such as meat,

It stabilizes female hormones and leads to bust-up.

The Kano sisters have been eating meat such as steak since the morning. You need meat to make a beautiful bust.

Originally, I liked fish more than meat, and when I ate meat, my stomach was leaning in the morning.

I didn't eat much.

However, when I learned that meat makes my breasts bigger,

I tried to eat less at night and get hungry in the morning.

And from the morning, I started to eat meat such as hamburger steak, grilled ginger, and sautéed chicken.

I reduced the burden a little by making it a bon bon chicken at night.

Because I was also working on squats to lose weight in the lower body.

It can be said that because I started to take a lot of protein, my muscles were firmly attached and the lower body started burning.

The meat life was really hard from the morning.

I cooked it when I didn't have time in the morning, or used salad chicken as a substitute, but I'm really tired of it.

So now I changed to protein. It's as easy as dissolving it in water, and it's as effective as meat.

Some people realize that when they start drinking meat or protein, their breasts grow in about a week.

However, even if the décolletage begins to get meat, if you leave it as it is,

Meat will flow to your back, armpits, and stomach.

It is a must to use a massage or night bra to keep the meat firmly in your chest.

Please refer to the following for the night bra.

* The point is the holding power.

Get good quality protein with meat and protein

Please try the method of pulling it firmly with a night bra or massage.

If your lower body swells or your metabolism deteriorates, it will affect your bust, so

Let's work on it at the same time.

I wanted to make my breasts bigger, so I looked up how to feed them with food, but eating soy milk or dairy products doesn't make them bigger. I want to know the foods that are effective for breastfeeding. This article solves these problems. Reliability of this article CIAN admin CIAN is originally ...

Is Pueraria safe? What are the side effects of supplements? Pueraria has been reported to have side effects, but it seems that some people have no side effects. Is it safe? Is it okay to use it? I want to enlarge my breasts quickly and effectively. Thus, the safety of Pueraria ...

Prev
[Is it okay to get fat in the corona? ] Let's solve the lack of exercise at the same time while working from home
Next
[Viage Beauty Up Night Bra] Be careful of word of mouth. Doesn't it have a breast-feeding effect if it doesn't fit the size?