Is Pueraria safe? What are the side effects of supplements?

Pueraria has been reported to have side effects, but it seems that some people have no side effects. Is it safe? Is it okay to use it? I want to enlarge my breasts quickly and effectively.

As you can see, many people are worried about using bust-up supplements because they do not know the safety of Pueraria mirifica.

However, bust-up supplements containing Pueraria are not safe and side effects should not be ignored.

What is Pueraria? What kind of ingredient is it?

I will answer such a question.

Pueraria mirifica (scientific name: Pueraria mirifica) is a plant of the genus Kudzu, which grows naturally in deciduous forests in subtropical areas such as northern Thailand and the mountainous areas of Myanmar. There are three types: red gwaoden, black gwao dam, and white gua oak lua. Most of the ingredients contained in the lump root are sucrose (sugar) and dietary fiber, but it also contains vegetable estrogens and isoflavones such as miroestrol, which have an action similar to female hormones, and there are reports of health hazards. ..

When eating unconcentrated Pueraria mirifica, it is said that there is no problem because it is a food that has been eaten locally since ancient times. In Japan, the upper limit of the intake of plant estrogen contained in foods for specified health use is set as "30 mg / day" as a soy isoflavone aglycone equivalent value [2].

To summarize the above briefly,

✅ Pueraria is a leguminous plant that inhabits Thailand and Myanmar.

✅ It contains a lot of ingredients similar to female hormones and has been eaten locally as a health food for menopause for a long time.

✅ There is no problem with eating unconcentrated, natural Pueraria mirifica, but it has been reported that taking supplements concentrated for breast augmentation has side effects.

It will be that.

What are the side effects of Pueraria?

In fact, the following side effects have been reported for Pueraria.

Side effects of Pueraria

✅ There was irregular bleeding other than menstruation

✅ My chest is always tense and hurts

✅ My period pain got worse

✅ I got uterine cancer and breast cancer (causal relationship is unknown)

Regarding the above, it is not known whether the causal relationship with Pueraria is accurate, but

It seems correct that there is some effect on female hormones.

As for the effect, a certain bust-up effect appears.

However, if you lose your health and get breast cancer, it doesn't make sense to bust up.

As a result, the chest is always taut and the amount of menstrual bleeding doubles. After that, I had endometriosis.

I feel the fear of side effects and regret it because there was a clear change in my body before and after taking Pueraria. 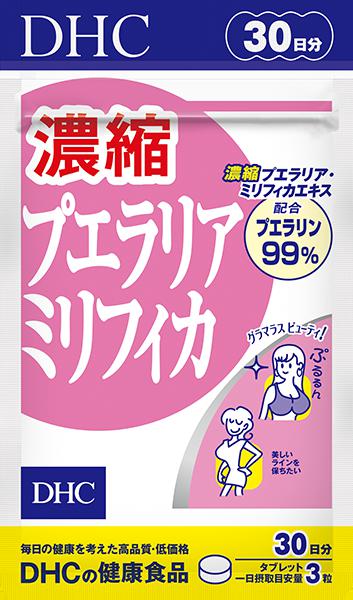 However, you can bust up without taking supplements.

I will tell you how the manager actually busts up.

In order to bust up, you need some base pectoralis major muscle so that the fat in the bust will settle.

In addition, the pectoralis major muscle can prevent the bust from losing its shape, such as weaning.

① Put your hands together in front of your chest

② Keep the palms together for 10 seconds

One of the causes that hinders the growth of the bust is that the posture becomes poor due to desk work, etc., and the lymphatic flow is blocked.

Thoroughly drain the lymph under the armpits, and use acupuncture points and massage that are effective for bust-up.

The flesh of the arms and stomach moves to the bust so much that it is interesting.

I think that it is possible to fully bust up without drinking supplements containing Pueraria mirifica.

There are various massage methods, but I bought a teaching material called "Bust Up Lab" and worked on it.

I bought it because it is a compilation of the know-how of the teacher who led the past 20,000 people to bust up.

Unfortunately, we cannot tell you about the know-how of teaching materials because we have patents.

Thanks to the teaching materials, I learned the know-how of bust-up, and I have bust-up 3 cups, so I can recommend it.

It doesn't make sense for your chest fat to flow to your back and upper arms while you sleep.

If you want to make your breasts bigger, be sure to use a night bra.

The effect is completely different only with the night bra.

There are various bust-up methods, but there is a method that puts your own health first and does not have side effects, so it is recommended that you first try bust-up with a massage and a night bra.

✅ Pueraria mirifica is a leguminous plant that inhabits Thailand and other countries, and contains many components similar to female hormones.

✅ Many health hazards such as irregular menstruation, abnormal bleeding, and cancer have been reported because they greatly affect female hormones.

✅ Recently, supplements without Pueraria mirifica have been released.

✅ You can bust up with massage, muscle training, and night bra without using supplements.

I wanted to make my breasts bigger, so I looked up how to feed them with food, but eating soy milk or dairy products doesn't make them bigger. I want to know the foods that are effective for breastfeeding. This article solves these problems. Reliability of this article CIAN admin CIAN is originally ...

Is Pueraria safe? What are the side effects of supplements? Pueraria has been reported to have side effects, but it seems that some people have no side effects. Is it safe? Is it okay to use it? I want to enlarge my breasts quickly and effectively. Thus, the safety of Pueraria ...

Prev
[Haste] Muscle training and massage to make your upper arm thinner. The method that achieved -3 cm in 2 weeks.Also bust-up effect
Next
Can Kenong be used for facial hair removal, beard, and vio?Investigate how to use Kenong, its effects and word of mouth